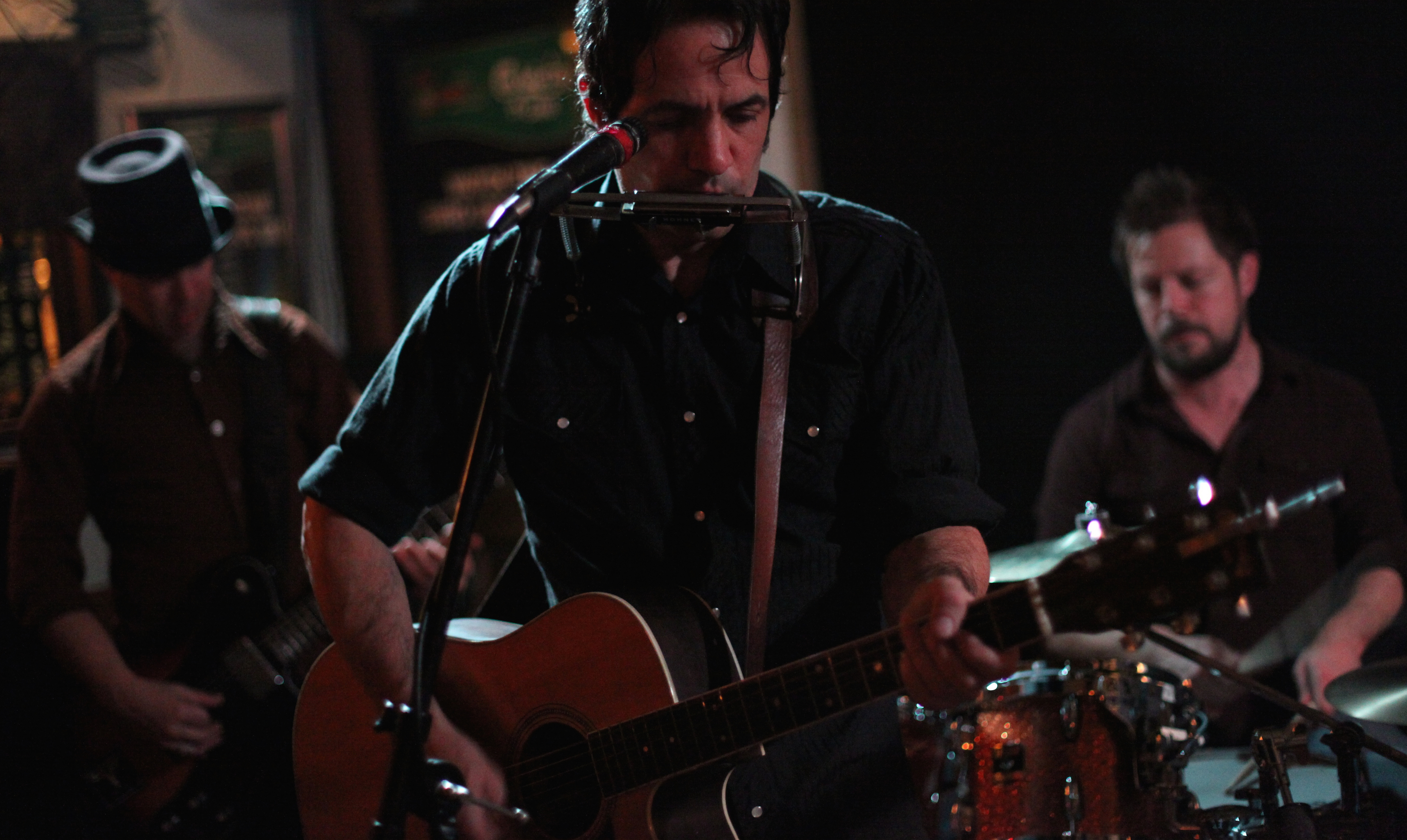 You can trace an almost linear route from the unfiltered moments of Dylan and The Hawks through Gram Parsons, to Tom Petty (with a slight detour along the way for chunks of the Rolling Stones circa 1969 72 and a speedbump called 'Tom Waits in the '90s'). The latest extension of this musical highway is paved by Patrolled By Radar. On their new album, Cool Your Jets, the Los Angeles based band fuses the finer elements of the past four decades to craft rock songs whose appeal defies genre or classification. Once again the band tapped Grammy nominated producer Peter Curry (Los Straitjackets) to record, mix & produce the album, as he's done with their first two releases, and the strength of that relationship translates to the confidence PBR displays in their songwriting and performance. Curry, who also plays bass (and sometimes drums) on the new release refers to Souza's songwriting as flash fiction with music. Adding further praise, he says Jay has more in common with The Kinks than any of the current crop of 'Americana.' His songs tell stories that are simultaneously funny, sad and ironic, and the music rocks. He's one of those rare songwriters who crafts melodies as strong as his lyrics. Self described as a consummate bar band in the '70s Pub Rock tradition, Aside from multiple rounds of touring on their own across the entire country throughout 2013 and 2014, Patrolled By Radar has shared the stage with an eclectic array of artists such as Los Lonely Boys, Taj Mahal, The Jayhawks, Tim Finn w/Richard Thompson, Holly Golightly & The Brokeoffs, the Gourds, and a recently completed run of shows opening for the legendary Dave & Phil Alvin.